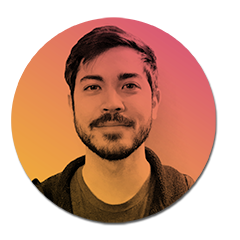 At my previous job, I came to appreciate the importance of integration testing. Not only does it give us confidence (especially when we’re on-call), but it continuously verified that our services were functional through automated runs from Jenkins.

Two of the primary languages used at the time were Go and Python. Although the majority of our services were written in Go, most of our API tests were written in Python. Writing stand-alone tests is fairly straightforward in Python. At the simplest level, you just need a single file that sets up tests, uses requests to make calls, and assert the responses.

I wanted to know a way to do something similar in Go.

To easily verify my goals, I created a very simple gRPC service that I can run against. There are two endpoints - Ping and StreamPing. Calling Ping simply replies with (you guessed it!) a pong message. StreamPing is similar, but you can specify how many times it pong’s back.

I wrote a unit test, and I also added a top-level testing package where I intend to store isolated tests. In the end, I ended on the following structure:

Go allows you to specify build tags to consider during a build. This concept also applies to tests. This means that one way to separate unit tests from more time-consuming tests such as integration tests is to mark these files with the appropriate build tag to skip them altogether.

My integration_test.go file has a build tag of:

This allows us to skip tests in that file when I just want to run unit tests in our project.

TestMain allows us to set up the necessary setup and teardown for our test cases. This is precisely what we need to set up our clients and dependencies needed for running integration tests against any environment.

Note that this must be placed in the same package as to where our integration tests live. This is the other reason why in this case, it is better to have a dedicated package for integration tests. The alternative is to have an init() func or have multiple TestMain for all packages with the +build integration build flag, which did not appeal to me.

We can also read from flag from TestMain. This allowed me to set up flags that can be specified from the command line to specify my server address and port. All of the configuration values were then saved to variables under the config package. I also added another flag, integrationLocal. If this flag is specified, it runs the server from the test, meaning I can quickly verify my service is working without having to spin up an entire local environment. We could take this a little further and inject mocks for other services that it depends on so that it can run without any dependencies.

In the end, this is what my main_test.go file ended looking like.

Now we have all the pieces needed to use the standard testing.T to write our integration tests. The only extra step we need is to read the client configuration from our config package, but otherwise, it is as simple as writing any other Golang tests.

Now, the only thing left for us to do is produce a binary of integration tests. We can specify the -c flag from go test to compile the test binary without running it:

I hope you found this writeup useful. I believe we managed to accomplish all the goals I proposed in the beginning. I would love to know other approaches that are out there that accomplishes something similar or any drawbacks to the one I presented here. If you would like the see the full source of this testing setup, you can check it out here.